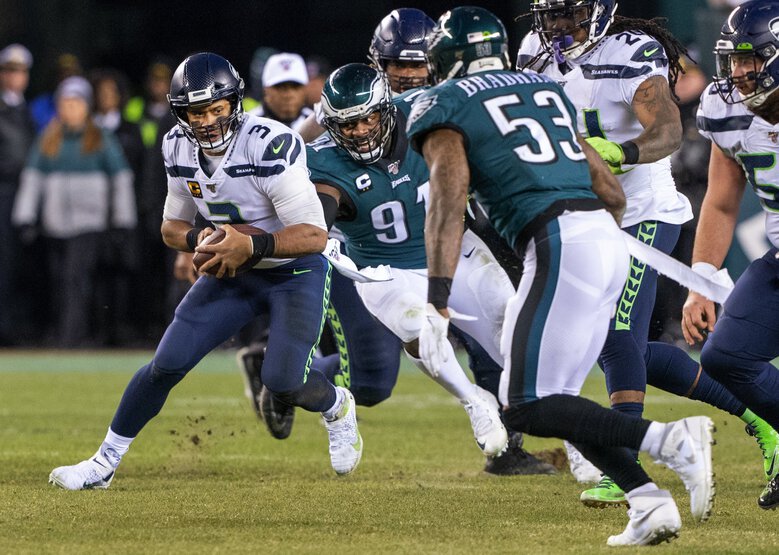 This week’s Monday Night Football matchup is between two teams looking to end the week in first place in their respective division. The Seattle Seahawks (7-3) will be traveling cross-country to take on the Philadelphia Eagles (3-6-1).

The Seattle Seahawks are a completely different team in 2020 then we have seen in Seattle in recent years. This is a team with an elite offense and one of the worst defenses. The Seahawks are capable of putting up a ton of points each week but their defense is also capable of allowing a ton of points. Seattle is third in the league in total yards. They own the league's second-highest scoring offense as well. Russell Wilson was an MVP favorite a few weeks ago but his play the last few weeks has dropped him down a spot or two. D.K. Metcalf and Tyler Lockett are having excellent seasons in the receiving game and make for two very different and very difficult targets for defenses to defend against.

Luckily for Seattle opponents, their defense is easy to move the ball on. In fact, they allow the most yards per game in the NFL (446.3). They have the worst pass defense in the NFL, allowing over 343 passing yards per game. As a result, they are 28th in points allowed per game (28.7).

Philadelphia has struggled all season but thanks to a terrible NFC East, they are still right in the playoff hunt. Carson Wentz is having the worst season of his career and is having arguably the worst season in the NFL among regular starting quarterbacks. Wentz has 24 turnovers compared to just 19 total touchdowns.

The Eagles’ offense is 27th in passing and just 25th overall. A respectable rushing attack ranks 12th. Philadelphia has struggled on third down this season, converting just 37.5% (28th). Overall, they are 24th in points scored per game.

The Eagles defense has been somewhat decent this season. They are middle-of-the-pack in total yards and points allowed. However, they have struggled against the rush (27th). Surprisingly, they own the league’s sixth-best pass defense.

Seattle has struggled lately, losing three of their last five. However, those were against solid teams that are likely to find playoff berths this season in Buffalo, L.A. Rams, and Arizona. While Philly could sneak into the playoffs by winning a historically terrible NFC East, the Eagles aren’t on the same level as the Seahawks or any of the teams that they have lost to.

Seattle needs to keep putting up wins if they want to stay ahead in the NFC West and keep fighting for a potential #1 seed. Losing a game to a team like Philadelphia would essentially end their #1 overall quest and make their NFC West title chase a lot more difficult.

With the spread under a full touchdown, the bet here has to be on Seattle. Wentz is a disaster and even against a defense as bad as Seattles, he will probably struggle again tonight. Roll with Wilson and that great offense to pile on the points against an Eagles’ defense that has played a lot of weak teams to boost their stats.