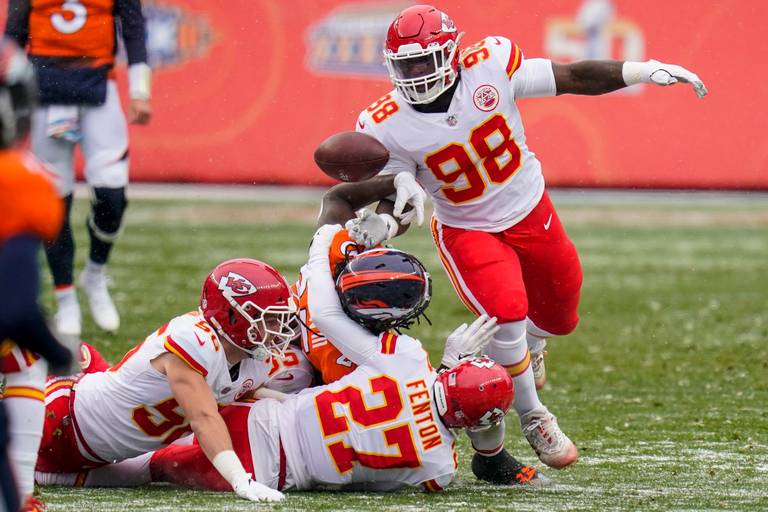 In a big AFC West rematch, the Kansas City Chiefs (8-1) look to avenge an earlier season loss to the Las Vegas Raiders (6-3).

Kansas City is the best team in the NFL, there is no arguing that. To hell with records and the Steelers squeaking by against a weak schedule, the Chiefs are the team to beat.

Patrick Mahomes is somehow quietly having another MVP-caliber season. The Chiefs defense is playing well and Clyde Edwards-Helaire is a great running back with Le’Veon Bell arguably the league’s best backup. There is no weakness on offense and very few on defense.

The only flaw with the Chiefs is that sometimes they seem bored out there. That is understandable when you are as good as they are. After losing to the Raiders earlier this year, they won’t be bored in this one. Especially after the way the Raiders acted after their win against the Chiefs earlier this season.

Las Vegas is good at controlling the clock and keeping opposing offenses off of the field, which is the recipe for defeating a team like the Chiefs. They did it well in their first meeting and that is why they got the win. The Raiders can run the ball and quarterback Derek Carr is having a good season as well. The biggest threat for the Raiders in terms of receiving is tight end Darren Waller. Outside of Travis Kelce and George Kittle, Waller is arguably one of the best tight ends in football.

The Raiders defense hasn’t been good statistically, especially against the pass (25th). Against more elite competition, this is what will be the downfall of the Raiders.

Kansas City is pissed off, it's that simple. Andy Reid has the best team in the NFL and now they are entering this game with a fire under their ass. The Chiefs will not be lackluster in this one against the Raiders like they were last time.

Sure, Oakland can run and the Chiefs struggle against the run. That is the only advantage Las Vegas really has. They can try and keep Mahomes off of the field but I expect the Chiefs defense to make some adjustments and stop the run better in this game.

Kansas City’s offense is going to explode in this one. Mahomes fantasy owners should be in for a big day. Las Vegas did the one thing you don’t do to the best team and the best player in the NFL, show-off after getting an upset win. Now, there will be no mercy.

Chiefs show they are the NFL’s best team and will decimate the Raiders in this game. Get your bet in because the spread is climbing, as it should. Raiders get put in their place tonight.