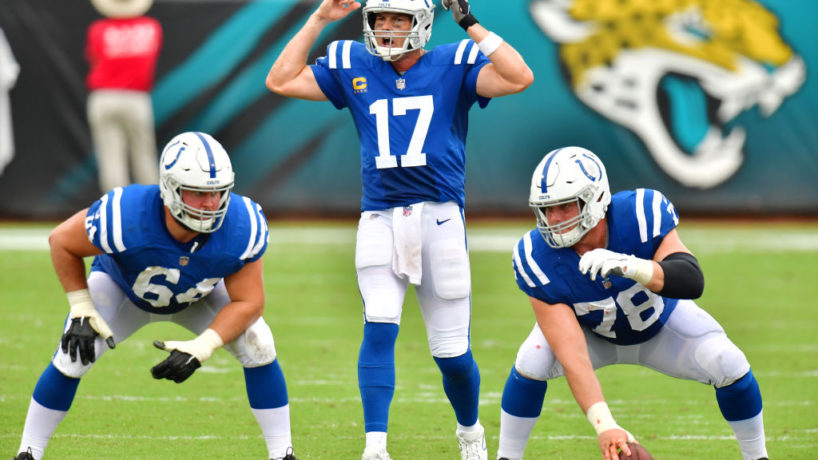 This week’s Thursday Night Football game will be a big one in deciding who wins the AFC South this season. The Indianapolis Colts (5-3), fresh off a loss to the Baltimore Ravens, will take on the Tennessee Titans (6-2), who took down the Chicago Bears last week.

Heading into the 2020 season, the Indianapolis Colts were a sleeper Super Bowl team to some people (including myself). So far halfway through the season, they have been hit or miss. A lot of the reasoning has been quarterback Philip Rivers and the offense. The Colts defense has been what we expected it to be. They allow the fewest total yards per game and they rank third against both the pass and the rush. Indianapolis also allows the third-fewest points per game.

Rivers has been having an up and down year that has resulted in the Colts owning the 14th-ranked pass offense. Jonathan Taylor has taken over the backfield but the Colts rushing attack ranks just 22nd in the league and Taylor is struggling to hold on to the ball. Overall, the Colts are 15th in points scored per game. If the Colts are going to make a legit run this season, the offense needs to get it together.

The Tennessee Titans are sitting in the opposite scenario of the Indianapolis Colts. Their offense has been their strength while their defense has struggled.

Everyone knows the Titans’ offense is run-first, particularly Derrick Henry first. They own the league’s sixth-best rushing attack. Ryan Tannehill has plenty of weapons in his offense to throw to, including the league’s most underrated receiver in A.J. Brown. Still, the Titans rank just 20th in passing offense. Tennessee is seventh in the league in points per game.

The Titans’ defense is the worst in the league in getting off of the field on third down. They struggle more against the pass (27th) than they do against the run (17th). Overall, they rank 15th in points allowed per game. The Titans defense needs to start playing better if they want to compete with the elite in the AFC.

This is the first meeting between the two teams this season, with the second coming 17 days later. The Titans two losses have come against teams that can throw the ball well (Cincinnati and Pittsburgh). For Indianapolis to win this game, they are going to need Philip Rivers to have a good game and move the ball through the air.

The game plan for the Colts will be to stop Derrick Henry (or at least try). Once they start to get Tannehill to throw, they have to be able to slow down A.J. Brown. Doing those two things isn’t an easy task for most teams, but most teams don’t have a defense like the Colts.

Look for Rivers to have one of his better games of the year in this one. The Colts were favored last week against the Ravens. If not for Taylor’s fumble, they have a great shot at winning that game and would be favored in this one. Take the Colts plus the points.