Posted 7 months ago by 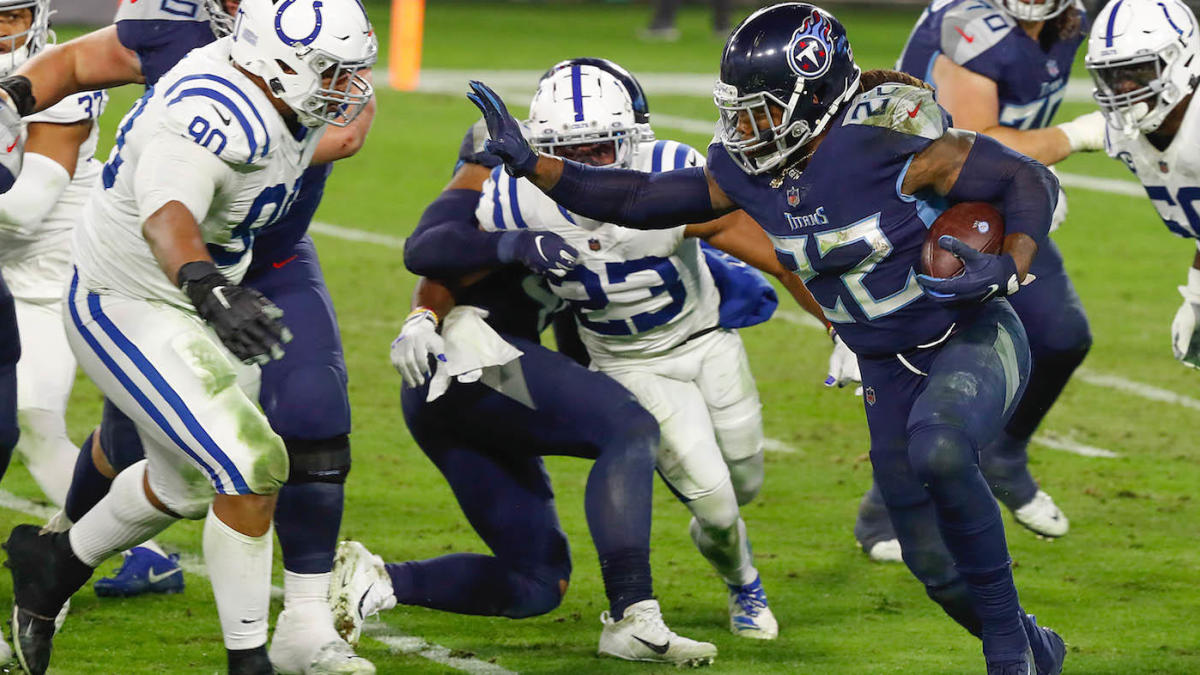 For the second time this season, the Tennessee Titans (7-3) will be taking on the Indianapolis Colts (7-3). This time, the winner will be in first place of the AFC South with just five games to go.

When you think of the Tennessee Titans, you think of Derrick Henry. While he is the focal point of the offense, Ryan Tannehill and the passing game shouldn’t be slept on. Tannehill is having an excellent season (2,387 yards, 22 TD, 4 INT) and he has some serious weapons in A.J. Brown and Jonnu Smith. The Titans offense is fifth in rushing and while they rank just 23rd in passing, they can certainly turn to the air when they need to. As a result, they are 10th in the league in total yards per game and ninth in points scored per game.

When it comes to defense, things have been very subpar for the Titans. Entering the season, they were expected to have an above average defense but that hasn’t been the case. They are 25th in yards allowed per game.

Tennessee has struggled more so against the pass (27th) than the rush (19th). The biggest issue for the Titans is getting off of the field on third down. They allow a league worst 54% success rate on third downs. Despite all of this, the Titans are a not incredibly terrible 18th in points allowed per game.

When Philip Rivers came to town in the offseason, the Colts immediately shot up the Super Bowl odds list. We knew how good their defense was going to be, now they have a gunslinger (albeit an aging one) and a deep running back group that got better when they drafted Jonathan Taylor.

Now, 10 games into the season, we are seeing the Philip Rivers we are used to seeing. One week he looks like one of the best quarterbacks in the league and another week it looks like he should have retired. Inconsistency is the story for this Colts team.

The running game hasn’t been what they were hoping for (19th) but losing Marlon Mack for the season was a blow there. As a result, their 10th-ranked passing offense has them scoring the 10th most points per game.

The Colts defense is one of the best in the NFL. However, we saw last week against Green Bay that they can be scored on as the Packers put up 28 in the first half. So while they allow the second-fewest yards per game and the fifth-fewest points per game, they are certainly not bulletproof.

After losing the first meeting, the Titans need this game more than the Colts to avoid falling a game back and behind in the tiebreaker. The Colts were dominated last week in the first 30 minutes before the Packers for some reason abandoned their game plan and let the Colts back in and eventually win the game.

The Titans can run the ball well and pass when they need to. For the Colts to win against a good opponent, Rivers needs to have a good game, which will happen about 50% of the time this season. While the Titans defense isn’t very good, Rivers can make a bad defense look good.

Look for the Titans to adjust from the first meeting and have a better game, especially offensively. Henry should run well against an injured and depleted Colts rush defense. Then, Tannehill and company should move the ball through the air when they want, especially with Brown.

The Titans should even the series up here and take a one game lead in the AFC South. Take the points and even the Titans moneyline is a great bet.