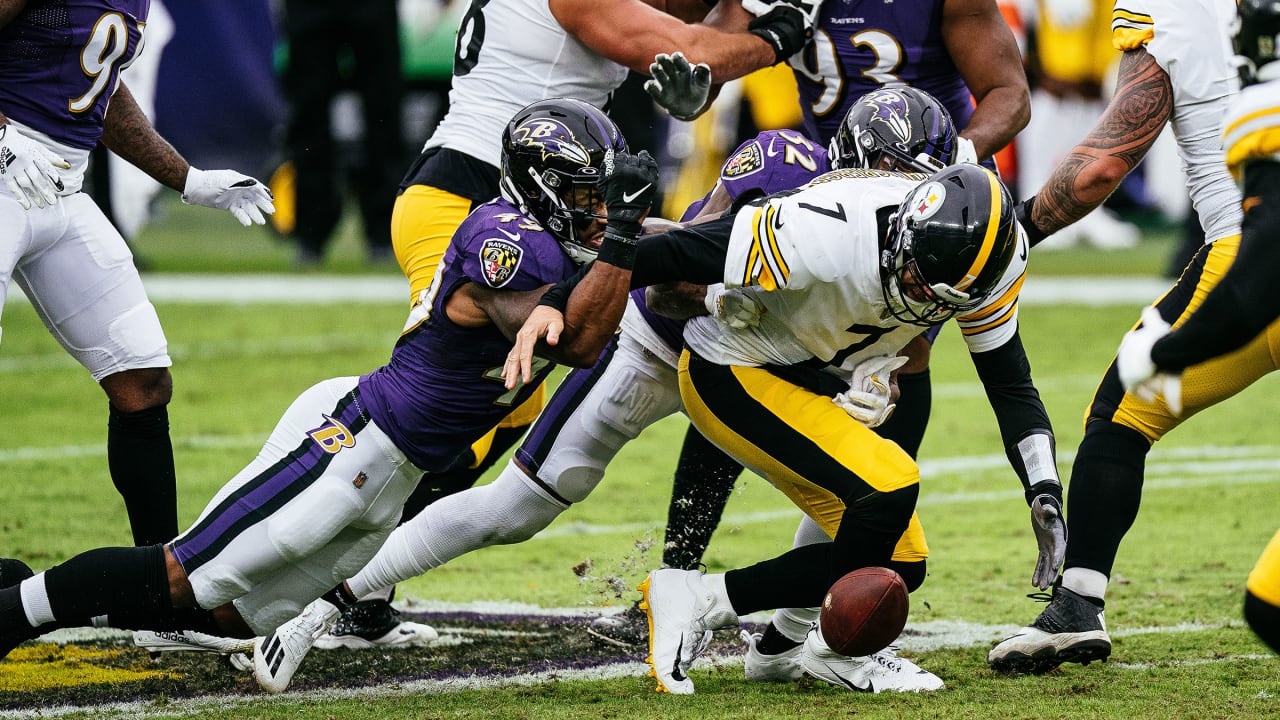 After three different delays, the Pittsburgh Steelers (10-0) and the Baltimore Ravens (6- 4) are finally scheduled to play on Wednesday afternoon. At least we hope so.

The Pittsburgh Steelers are the only remaining undefeated team left in the NFL. The reason? Their defense. The Steelers are allowing the fewest points per game in the NFL (17.4) They own the league’s second-best pass defense and eighth-best rush defense.

Offensively, they really haven’t been that good. Pittsburgh is somehow scoring the fourth-most points per game despite ranking 24th in total yards, 16th in passing, and 24th in rushing. The reason for the high scoring numbers compared to low yardage numbers is again because of that defense. So the Steelers are 10-0 but are they the best team in the NFL? Hell no. Look at who the Steelers have played. Only three of their opponents have records above .500 and one of those teams is the Browns (who certainly are not as good as their record). Another one of those teams is the Ravens who have been struggling lately and the third one is the Titans, who they only beat because of a late missed field goal by Tennessee.

The Ravens started the season piling up wins despite questionable play from quarterback Lamar Jackson. Now, the losses are catching up with them and Jackson is now out due to COVID. Is RG3 coming in as a replacement really a huge drop off? Not really, hence the Raven's 31st-ranked pass offense.

RG3 is basically the older version of Jackson. They both like to use their legs (although yes, Jackson is better at it) and both struggle to be consistent passers. Sure, Jackson makes some good throws once in a while but he surely isn’t consistent throwing the ball.

So while RG3 is now running the show, that really isn’t too much of an issue. The loss of Mark Ingram and J.K. Dobbins is more concerning. However, Gus Edwards is a solid back who should be able to step in and carry the load.

Defensively, the Ravens are still a very good group. They allow the ninth-fewest yards per game and the third-fewest points per game (19.5).

The spread keeps climbing in this game and it is understandable. Jackson is out as are the Ravens top two backs. Having said that, let this spread climb because we want the Ravens in this one. RG3 is going to be just as effective (or ineffective for that matter) as Jackson has been in the passing game. That’s fine, it’s the run game that the Ravens rely on. Despite being depleted, the Ravens run game should do well enough to keep this low-scoring hard-fought rivalry closer than the spread indicates.

The Steelers offense isn’t that good and the team overall is overrated. The Ravens should cover this double-digit spread and once the Steelers head to the playoffs and start playing legit teams, like the Chiefs, they will be exposed for how bad they really are.